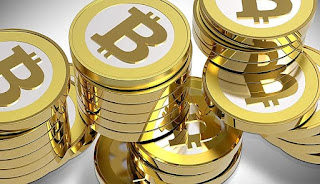 In a debate held by CEPS Ideas Lab yesterday in Brussels, Malta’s Prime Minister Joseph Muscat put on the ‘hat’ of the European citizen “fed up of policymakers going round in circles” and decided to propose 'out of the box' ideas. Over 43 different nationalities were represented during the event and gathered to debate key European policy issues.

Representation was from national governments’ representatives, NGOs, businesses, and European institutions. Five ideas were proposed by Prime Minister Muscat and these centred around Europe should become the bitcoin continent; citizenship as an innovative policy tool; creating a European Social Pact; establishing the European Integration Brexit Fund and opening negotiations on Chapter 24 with Turkey.

From a fintech point of view, the most 'colourful' proposition was that of turning Europe into the Bitcoin Continent. This though obviously extends to the use and development of sophisticated platforms and protocols based on blockchain.

Malta’s PM declared that now is the time for Europe to embark on another 'unthinkable' project. Some financial entities are slowly accepting that blockchain, is much more efficient and transparent than the classical systems and can definitely not be discarded. He stated that even though the rise of crypto currencies can be slowed it cannot be stopped and these are here to stay.

“My point is that rather than resist, European regulators should innovate and create mechanisms in which to regulate crypto currencies, in order to harness their potential and better protect consumers, while making Europe the natural home of innovators.”

This innovative outlook merges very well with Malta's strategy to position itself as an innovation hub. For the last twenty years, Malta has been a forward looking destination, with an open business-centric commercial community that stands tall as an EU member state, and a proven record of economic success.

Malta has developed a clear strategy for sustainable economic development, identifying key sectors with high growth potential as well as plans to support their consolidation and success. These sectors include, but are not limited to, information and communication technology, advanced manufacturing, life sciences (including the biotechnological, pharmaceutical and chemical industries), transport and advanced logistics, tourism, international education services, financial services, and the creative industries.

Malta Prime Minister's comments on bitcoin are not the only initiatives the island is doing to master cryptocurrencies and new payment and transactional typologies. Other initiatives include the Malta Stock Exchange (MSE) setting up a Blockchain Think Tank consisting of members of the Exchange’s Board, its Chairman and Chief Executive and outside experts. The latter will assist in the formulation of a strategy geared towards addressing blockchain as an emerging technology.
Posted by CCLex at 13:33

Your feedback is most welcome!